Complimentary upgrade to the Fitternity Plus privilege program with assured rewards worth INR 12,000 on purchase of every membership

Did not get OTP? Resend

Thank you for your feedback. We will take the required action.

If you find this content inappropriate and think it should be removed, let us know further details. We will take proper action basis your feedback .

Buy a membership & get exclusive access to Fitsquad to Earn ₹25,000 worth of rewards

In this time of COVID-19 outbreak, the mandate to shutdown all gyms & studios has put them in an unexpected situation of financial stress. Please support Capoeira Brasil Pune by purchasing a gift voucher & using it later when the center opens up. The contribution will be directly provided to Capoeira Brasil Pune. Kindly note your voucher will have a validity of 1 year to encash and can be used by either you or your friends & family members.

All above rates are applicable to new members only. If you are looking to renew your membership at Capoeira Brasil Pune share your details & we'll help you with the best offer.

Capoeira is a Brazilian martial art developed by the African slaves in Brazil as a form of expression and retaliation against slavery in the 16th century. Through acrobatic and fluid movements, kicks, music, camaraderie and axé (good energy), capoeira distinguishes itself from other martial arts. Capoeira is the dance of freedom, fight, feeling, energy, friendship and confidence. Capoeira involves acrobatics, fight, dance, movements, discipline & fun. The Roda (circle) is where Capoeira is played to music, led by the Capoeira instruments: Berimbau, Pandeiro and Atabaque. Capoeiristas play Capoeira, as opposed to fighting. It provides a unique opportunity to its practitioners to learn a new language, to sing, and to exercise their mind, body and spirit.

Sagar Jain has been training and playing Capoeira for 4 years now.  He has also trained in Karate and Kick-boxing in the early stages of his life, and works towards training, guiding and sharing Capoeira knowledge through regular classes in Pune. He has trained with renowned Capoeiristas from Capoeira Brazil, New York, Abu Dhabi and Paris, Cordao de Ouro, Mumbai/Paris and Capoeira Angola Auroville. He has also participated in various Capoeira events like in Pune Batizado 2012, Abu Dhabi 8th Batizado 2014, Capoeirasia 2014 and Auroville Capoeira Angola Festival 2013.

A lot of Personal attention. Entire body conditioning. Increase in the knowledge of the international art form which keeps interest going on. Must try once to get the feel.

i recommend this place to all people passionate about learning MMA

Book a session with

We have received your request for renewal at Capoeira Brasil Pune, our team is working to get you the best rate.

We have sent you a SMS with the verification code

Want this number on SMS?

The phone number has been sent to your mobile.

Want this number on SMS?

The phone number has been sent to your mobile.

You won't be able to dismiss this by usual means (escape or click button), but you can close it programatically based on user choices or actions.

Your request has been submitted.

We will get in touch with you on  &nbspor  &nbspas soon as possible!

Oops! There was an error in submitting your request.

Do you own this Fitness Destination? Claim this listing in order to manage your Fitternity page. Delight your customers with relevant information filled with interactive content.

We have received your request for visiting Capoeira Brasil Pune.

The biggest fitness sale is here

Online booking for Capoeira Brasil Pune is not available currently

Thank you for sharing your details. We will connect with you shortly & get your fitness journey started at Cult

Wait… Don't give up on fitness just yet!

Didn't get what you were looking for?

Let us help you out! Share your details to get you started

Thanks for sharing your details. You'll receive an email shortly.

Hold on! Do you want to book one free session at Capoeira Brasil Pune?

Did not get what you were looking for?

Check out trending workout options that pune is raving about CHECK-IN EVERY TIME YOU WORKOUT

WORKOUT MORE AND LEVEL UP

1. Check-in every time you workout

2. Workout more and level up 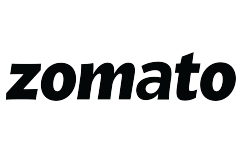 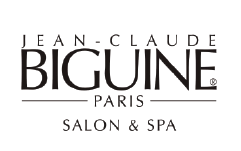 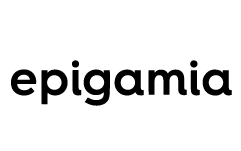 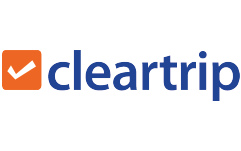 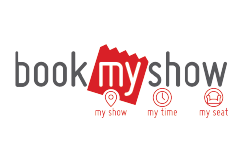 Most effective way to avail a membership at

Most effective way to avail a membership at

Everytime you want to workout, you can prebook your sessions only on Fitternity app or scan the QR code available at the location and activate your booking.

Check the workout counter in your Fitternity profile.

Don't lose out on your workout with easy cancellation until 1 hour prior to your session time. Available only on Fitternity app.

T&C Apply- Direct entry without booking or scanning a QR code at the gym will not be facilitated.

Experience fitness like never before
Not a Membership, Not a Pass - Even Better!

Pay only for the days you workout
(No membership required)

Book at the same gym/studio multiple times
without any restrictions

Book, Reschedule, Cancel on the go

Book, Burn & get rewarded on every workout

Did not get OTP? Resend

The perfect gift for your loved ones to help them be in the shape of their life!

Congratulations!
You are now eligible for a complimentary session of yoga near you this week.

HOLD ON A SECOND !

Are you sure you want to request a call ? You also have the option
to get on a live chat session with us for your queries & issues.

Want to just call us? Reach out to us here :

For a quick start, choose the city you wish to explore fitness in.
Mumbai
Pune
Bangalore
Delhi
Gurgaon

Do you like to be the FIRST to know?

Some of our DEALS are reserved only for people who subscribe to our email list and notifications. We don't advertise them.
Are you amongst those who NEVER want to miss out a good DEAL!

Sign up now to get an exclusive Fitness Starter Pack worth Rs.700 for FREE!